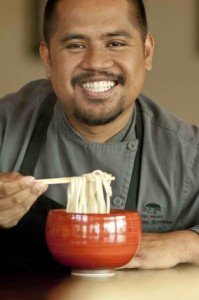 Born and raised on the Big Island of Hawaii, Sheldon Simeon’s culinary career began at Leeward Community College’s Culinary Program. This path took him to an internship at Walt Disney World—Florida.

Sheldon returned to the islands and in 2003, he graduated from the Maui Culinary Academy. He currently is creating the innovative menu at Star Noodle which opened in February 2010. This year he was named one of the semi-finalists in the prestigious James Beard Awards for “Rising Star Chef of the Year.” Simeon was voted “Chef of the Year 2011” at Maui No Ka Oi Magazine’s Aipono Awards. Most recently Chef Simeon has opened the doors at the newest family of restaurants, Leoda’s Kitchen & Pie Shop, which opened in November 2011.

Simeon’s influences stem from the Hawaii Regional Chef team. He keeps up with trends and new techniques and incorporates the Island flavors and local produce into familiar yet unique food. 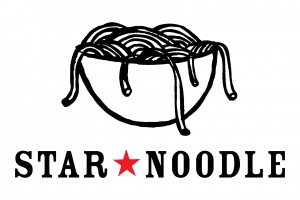