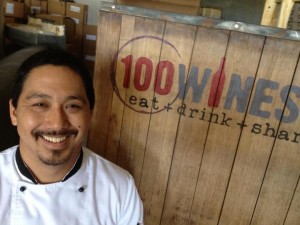 A local boy with a passion for fresh island fare, Lyndon Honda first stepped into the culinary scene at age 17 while attending the Culinary Institute of the Pacific at Kapi’olani. Chef Honda has steadily climbed the industry ladder. Early in 2001, Honda worked as the District Executive Chef at the University of Hawaii. In 2004, Chef Honda accepted a position as Corporate Chef for Na Hoaloha Ekolu, one of the most prominent hospitality collectives in Maui. He garnered industry acclaim as the lead behind a number of the group’s concepts including Old Lahaina Luau, Traditional Hawaiian Weddings and the internationally-renowned Hawaiian dining destination, Aloha Mixed Plate

Most recently, Honda helmed the new Maui Brewing Company as the General Manager and Executive Chef. In 2012, Chef Honda will be returning to his culinary roots as the Executive Chef of 100 Wines Maui, the latest endeavor from Southern California’s Cohn Restaurant Group. The shared small plates menu will boast a heavy influence of Mediterranean flavors with a dash of Chef Honda’s Hawaiian flair. 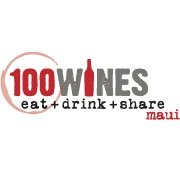