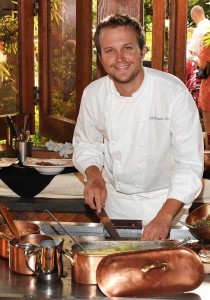 Chef Christopher Kulis has proven himself as a disciplined force in the creative culinary movement. A graduate of the Culinary Institute of America, Chef Kulis began his career in his youth. In 2003, he joined the team at Thomas Keller’s Bouchon in Yountville, California. Chef Kulis continued to navigate his culinary career throughout the United States and Europe. In 2007, Chef Kulis cooked for the release of Brunello di Montalcino in Italy with TKRG.

Through his culinary journey it has become evident to Chef Kulis that the focus on a ‘dirt to mouth’ culture, through the use of local ingredients, is essential to his vision. One of his many projects includes the development of a 2500 sq. ft. organic, sustainable garden on the property of Hotel Wailea where he is the Chef de Cuisine at Capische? Restaurant and Il Teatro.

Chef Kulis is an active participant in the community of Maui. His most recent endeavor is a program called ‘Grow Some Good.’ This project at Kihei Elementary School exposes the students to locally grown products and teaches them the importance of their use in the kitchen. 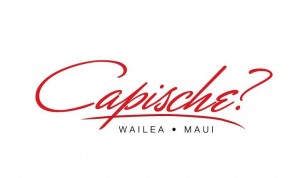